“Mite” is a term commonly used to refer to a group of insect-like organisms, some of which bite or cause irritation to humans. While some mites parasitize animals, including man, others are scavengers, some feed on plants, and many prey on insects and other arthropods. In fact, there are nearly as many different types of mites as there are insects. 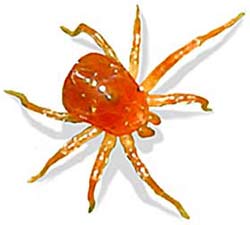 While mites rarely transmit disease to humans in the United States, they definitely impact health in ways that range from simply being a nuisance when they enter homes in large numbers, to inflicting severe skin irritation that can cause intense itching.

The most commonly encountered mites, including those that can adversely affect human health, are:

Getting rid of mites

Pest Solutions 365 can determine the size of the pest infestation and your pest control needs with a professional pest audit. Only $25 for a 20-minute inspection.

Some simple things can be done to slow the infestation in your home:

Thoroughly inspect the premises and identify any organisms discovered to determine the true cause of irritations that may involve mites. All mites are tiny creatures. Some are so small they can be seen only with magnification, which often makes inspection and identification difficult.

Likewise, mites that affect humans are a diverse group, each with very different habits, all of which investigators should be aware. Seek medical attention when exposure to mites is suspected as the cause of skin irritation.

What do you want to get rid of?